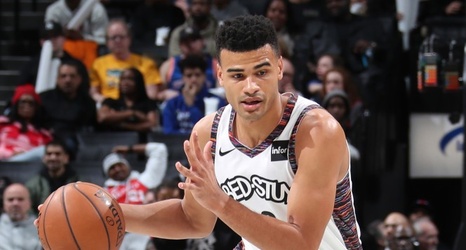 That’s easier said than done for a player who had seen just six minutes and two seconds of action — all of it garbage time — through the Nets’ first 24 games of the season, instead spending most of his time in the G League. But Luwawu-Cabarrot tried to heed the advice of his coach, and it finally paid off this weekend.

With the Nets playing a tough back-to-back in Toronto on Saturday night and back home on Sunday against the 76ers, Atkinson called on Luwawu-Cabarrot, and the wing responded by giving the Nets a spark with 15 points (on 50 percent shooting) and six rebounds in 40:22.