The latest in increasingly bizarre NetsWorld: Stephen A. vs. Stephon 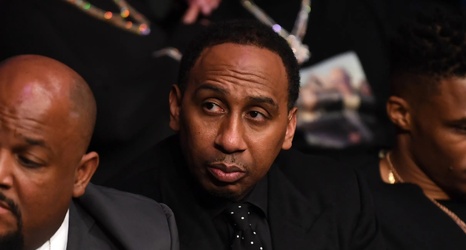 Every day, things seem to get more bizarre in NetsWorld.

The latest is a racially charged back-and-forth between Stephon Marbury, former Net and Brooklyn native, and Stephen A. Smith, ESPN commentator.

It started, as do many things nowadays, with Kyrie Irving.

In the aftermath of the Nets sweep and Kyrie’s comments about “managing the franchise” with Kevin Durant, Sean Marks and Joe Tsai, the Nets guard took some hits in the media with several media types blaming him for the Nets’ turmoil-filled season, citing his refusal to get vaccinated in particular.

Typical of the heat Kyrie faced was a segment a week ago on ESPN featuring Stephen A.