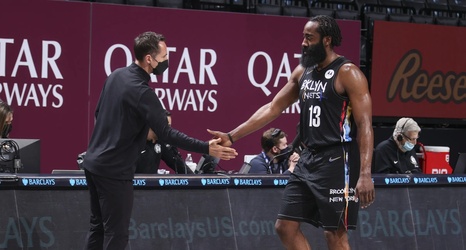 The Nets ruled James Harden out for Game 2 Monday with right hamstring tightness, but they’re not ruling him out for the remainder of the second-round series and beyond. In fact, Steve Nash is “definitely hopeful” he will be back on the court in the Bucks series.

“I’m definitely hopeful of seeing him. It’s tightness and we’ve had this history before which was very difficult to predict how it’ll go. I’m very reluctant to make any prognosis but we’re really hopeful he heals quickly and can move past it,” said Nash on Harden’s availability for the remainder of the second-round series against the Bucks.