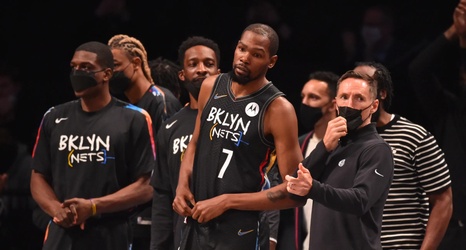 The Brooklyn Nets have been willing adjusters this season. If this is news to you, well, you’ve been living under a moderately large-sized rock. The team tossed out its 29th starting lineup on Wednesday against the Philadelphia 76ers, a franchise record in a single season with still 17 games to spare.

Now sure, some of that lineup flexibility has come from the sheer number of absences that Brooklyn has faced. But certain games come to mind with regard to preparing for a specific opponent — the February 13th meetup with Golden State, for example, in which Steve Nash went full mad scientist and started 6’4” Bruce Brown at center.