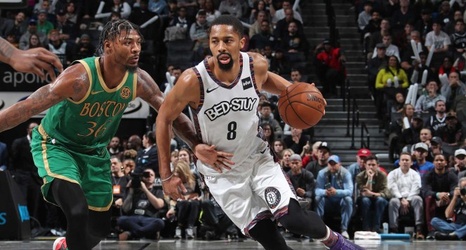 Still, he could smile. Spencer Dinwiddie couldn’t miss much.

Less than 48 hours after leaving Boston with an 11-point loss — while leaving Irving upset at the avalanche of hate directed towards him — Dinwiddie helped the Nets salvage a home-and-home split with the Celtics by pouring in a season-high 32 points and 11 assists in Friday afternoon’s 112-107 win at Barclays Center.

Dinwiddie, who had averaged 23.4 points in the previous seven games Irving had been sidelined with a shoulder injury, bounced back from a 5-of-19 shooting effort in Boston — which ended a career-high six straight games with at least 20 points — and hit 6-of-8 3-pointers, while adding five rebounds, two steals and two blocks.