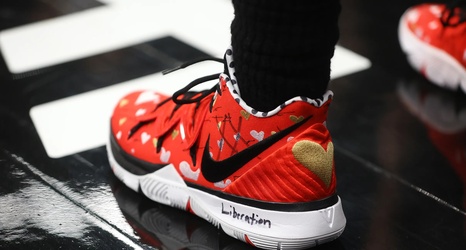 A month after suspending its relationship with Kyrie Irving, Nike has officially ended its $11 million-a-year contract with the Nets star and long-time endorser.

Shams Charania was first with the news...

Kyrie Irving is no longer a Nike athlete, Nike spokesperson says. The sides have parted ways one month after Nike suspended its relationship with the Nets star. Irving has one of most popular signatures shoes in the NBA and is now a sneaker free agent.

No word on whether other footwear companies are interested in signing Irving.