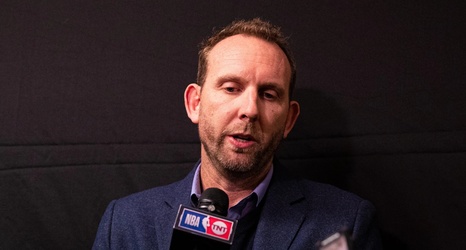 Within minutes of a report by Kristian Winfield that Sean Marks contract as GM — along with his staff — had been extended, multiple Nets team insiders denied the story to NetsDaily, calling it “completely false.”

Both Brian Lewis of the Post and Alex Schiffer of The Athletic also reported that the team and GM have not reached any agreement on an extension. No word on whether Marks and the Nets are in talks.

Winfield reported Friday afternoon that in the midst of the Nets internal crisis over the futures of superstars Kevin Durant and Kyrie Irving Joe Tsai had extended Marks who joined the team in 2016 and had been extended and given the additional title of Alternate Governor of the franchise since.