Rumors are flying ... but will any land? 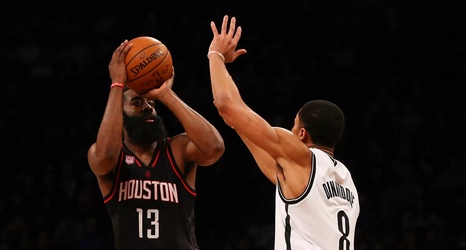 Kendrick Perkins, who first predicted that Kevin Durant and Kyrie Irving were going to the Knicks, then changed his prediction to the Nets, says James Harden wants to move on from the Rockets and believes he prefers the Nets and 76ers.

Shams Charania says that despite the very real rumor Russell Westbrook wants out of Houston, Harden wants to stay.

And what to make of Spencer Dinwiddie rumors. He dumped his agent and is now representing himself.