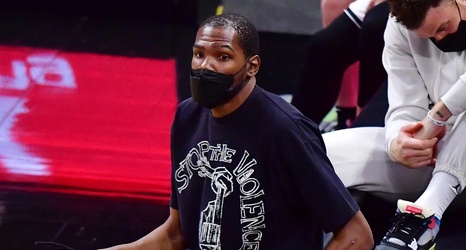 It was certainly an eventful yet productive practice Sunday for the Nets.

“Cleaned up some of our defense. We scripted some offense but the practice was watching some film on defense and added some segments on some things we wanted to clean up through our defense,” Steve Nash said. “It was good. The guys were engaged, locked in and I thought it was productive.”

While the Nets primarily focused on defense, there was a lot to unpack starting with their stars ... whose number is growing!

Kyrie Irving will return from his three-game absence due to a “personal matter” and play against the Minnesota Timberwolves on Monday, Nash disclosed