Playing from behind most of the game, Long Island Nets lose to Santa Cruz Warriors, 108-88 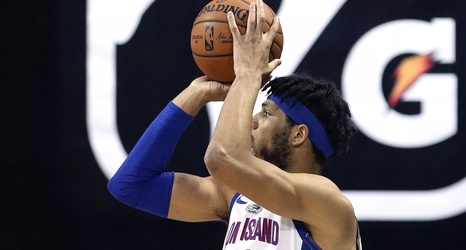 C.J. Massinburg, now in his second year with the Long Island Nets, was asked after the G League team suffered another loss Saturday, what it’s like playing from behind.

“It’s pretty tough playing from behind, you know, we can’t dig ourselves [into] a hole,” Massinburg said, then added a fascinating detail about how the organization tracks player effort!

“We have these little chips that they put in our undershirts and it tracks how much energy were exerting and things like that, and the games where we dig ourselves [into] a hole, our numbers skyrocket,” said Massinburg. “The amount of work we have to put in is way up relative to when we’re even with a team or if we’re up on a team.