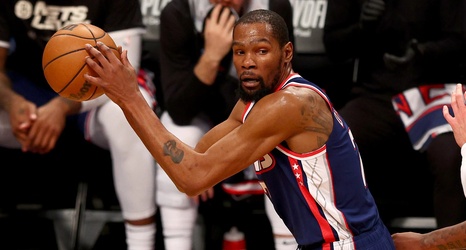 Remember, everything is a negotiation.

That said, the latest rumor out there, courtesy of Marc Stein, has Kevin Durant preferring to retire rather than play another game for the Nets.

During summer league in Las Vegas, one of the most well-connected team executives I speak to regularly insisted to me that, based on what he was hearing, Kevin Durant was more apt to retire than play again for the Brooklyn Nets. This was in early July.

I told the tipster that I simply couldn’t believe that. I was a loyal subscriber to the theory that Durant The Hooper loves playing basketball way too much to adopt such a stance.