New York Liberty will move into Barclays Center starting in 2020 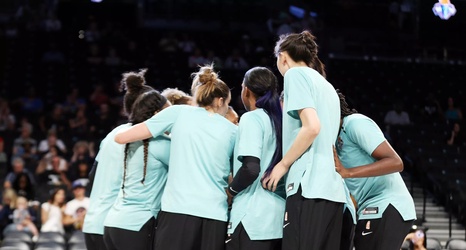 After two seasons playing in Westchester County, the New York Liberty have a new home. Starting in 2020, the team will be playing its 17 home games at the Barclays Center.

Bleacher Report's Arielle Chambers was the first to break the news:

The team shortly put out a press release that included this quote from new Brooklyn Nets and Barclays Center CEO David Levy:

“We are committed to the Liberty’s long-term success in New York and relocating the team to Brooklyn will provide the franchise with tremendous opportunity,”

With many of our fans based in the five boroughs, moving to Barclays Center will make the Liberty more centrally located, allowing us to bring back the original fan base and attract new supporters.