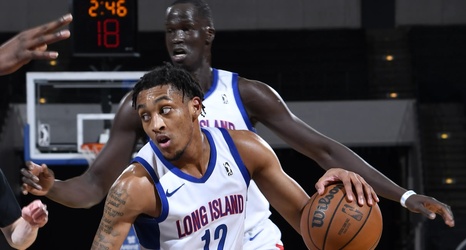 The Long Island Nets arrived in the Sunshine State Saturday and took care of business against the Lakeland Magic in the second half of a back-to-back vs. the Magic’s affiliate. After escaping with a one-point victory against the Magic Friday night, the Nets harnessed that same magic (pun intended) for another down-to-the-wire win on Saturday night, 123-121.

With the win, Long Island is now 6-6, having played the most games of any G League team so far this season. They’re currently a half game out of the league playoffs.

After a close affair throughout the night, including 16 lead changes and nine ties, Long Island captured a double-digit lead midway through the final quarter of play fueled by a flurry of Craig Randall II 3-pointers.