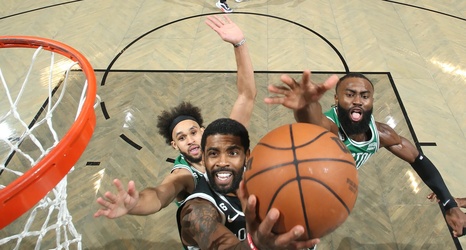 In the biggest test of the season, the Brooklyn Nets fell short against the Eastern Conference defending champions.

Brooklyn dropped to 13-12 on the season after losing 103-92 against the Boston Celtics. This marks the eighth consecutive game that the Nets have lost against Boston dating back to last year’s regular season (this includes the 2022 first-round series). Boston, meanwhile, improved to a league-best 19-5 in its crusade to avenge last season’s NBA Finals loss.

Kevin Durant (who else?) led the charge for the Nets with 31 points on 13-of-24 shooting. This was his 13th game dropping at least 30 points this season and his fifth in six games.