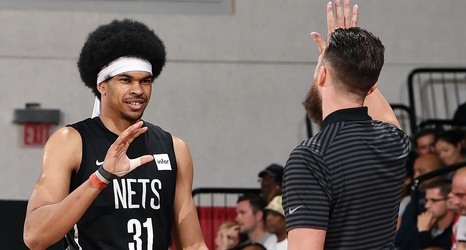 The Nets came away with their first win of the Las Vegas Summer League Sunday, beating Team Croatia, 74-58. Brooklyn is now 1-1.

While, as Rodions Kurucs admitted postgame, it took the Nets a little while to get used to playing the European style, they ultimately found their groove in the second half. At the half, the Nets owned just a four-point lead, but a 37-25 second half differential propelled the Nets to a comfortable win.

While Theo Pinson (lower back tightness) and Jaylen Hands (coaches DNP) were out of the lineup, the Nets still had a formidable group led by Kurucs, Jarrett Allen, Dzanan Musa, and Nic Claxton.