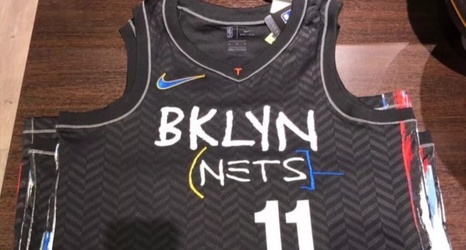 Jean-Michel Basquiat was a Brooklyn-born artist who rose to prominence in the 1970’s and 1980’s with a striking portfolio that took him from street art to galleries before his tragic death at 27 in 1988.

Now, according to what look like authentic images posted on social media, the Nets plan to honor Basquiat with a City uniform inspired by his work.

SportsLogos.net wrote of the uniform Wednesday....

The jersey is black with “BKLYN NETS” across the front in white, several multi-coloured designs are featured along either side of the jersey as well as around the team wordmark on the chest in Basquiat’s style.