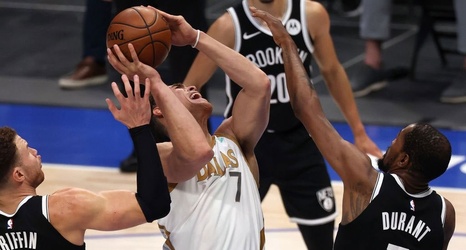 Dorian Finney-Smith scored 17 points as the Mavericks reached 10 games over .500 for the first time this season and moved a half-game ahead of the Los Angeles Lakers for the fifth seed in the West.