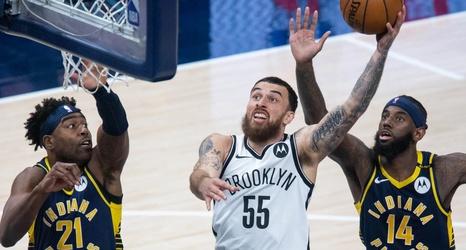 The Nets announced the signing of Mike James to a second 10-day contract Monday.

James, whose first 10-day contract expired Sunday, has served a valuable role for Brooklyn in their depleted backcourt with a low-risk, high-reward opportunity. At the time of his inital signing on April 23, James Harden, Spencer Dinwiddie, Tyler Johnson and Chris Chiozza were out with injuries. Since then, only TJ has returned. James has played in six games for the Nets posting averages of 6.2 points, 3.7 assists and 1.7 rebounds in 17.2 minutes per contest.

James had his best game statistically against the Blazers on Friday night in Brooklyn, scoring 15 points and handing out three assists.