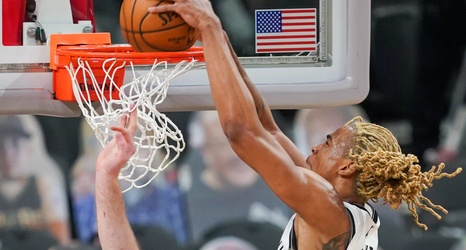 The Alamo Curse is finally over!

After 19 long years, the franchise won its first regular-season game in San Antonio behind Kyrie Irving and James Harden who combined for 57 points, 20 rebounds and 21 assists as the Nets beat the Spurs, 124-113 in overtime. With the win, Brooklyn improves to 23-13 on the season while San Antonio falls to 17-13.

Harden, playing his 21st game with the Nets, racked up his seventh triple double in 21 games with 30 points, 14 rebounds and 15 assists. the third time the 6’5” guard dropped 15 or more assists in a game since being traded to Brooklyn on January 13.