Nets eight-game wining streak comes to a close as Brooklyn falls to Dallas, 115-98 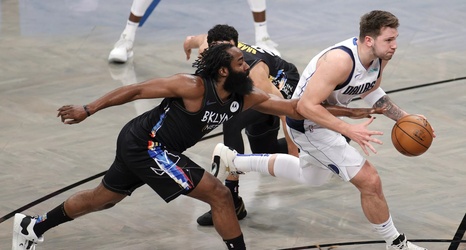 The NBA’s largest winning streak — and the Nets longest in 14 years— has come to a thudding end.

The short-handed Nets, who were without Kevin Durant, Kyrie Irving, and Tyler Johnson, suffered a tough loss, falling to the Dallas Mavericks, 115-98. With the loss, the Nets' eight-game winning streak has come to an end and Brooklyn falls to 22-13 on the season and remain half a game behind the Sixers for first in the East.

James Harden, who finished with another all-around performance of 29 points to go along with seven rebounds and six assists in 33 minutes, could not carry the Nets to the win, scoring only four points after halftime.