Nets collapse in double OT as Brooklyn falls to Cleveland, 147-135 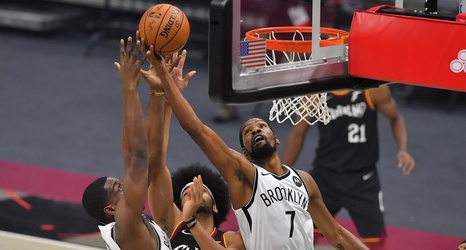 It was a heartbreaker in Cleveland. Brooklyn’s growing pains were evident (and have to be expected) as the Nets fell to the Cavaliers, 147-135, in double overtime. With the loss, Brooklyn drops to 9-7 on the season while Cleveland improves to 7-7.

Despite the Nets big debut, the game was the Colin Sexton Show. The last pick from the Celtics trade (who was traded to the Cavs for Irving) finished with 42 points including the first seven points of the second overtime, dagger after dagger.