NETS 2021: As enthusiasm builds, questions linger ... and not just about Kyrie Irving 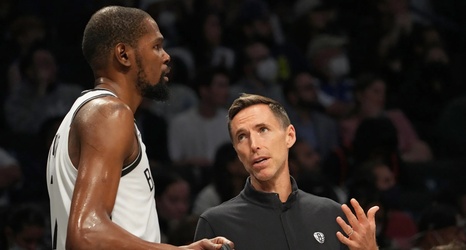 After a long off season that began with laments about Kevin Durant’s foot and is ending with concerns over Kyrie Irving’s arm, the Nets are still the favorite to win it all. So say the bookmakers, the pundits and, of course, us fans.

Parades are, of course, be on hold. Lots of teams go into a season as favorites only to watch the last game on a big screen in Cancun (or Turks & Caicos, a Nets favorite), Still, it’s hard not to be enthusiastic, not with Kevin Durant and James Harden on your team. This is also the Nets 10th season in Brooklyn and those seven and eight year olds from Brooklyn Heights to Canarsie who bought their first gear back in the day are now fully invested.