Meanwhile ... Any movement on Kyrie Irving talks with Lakers? 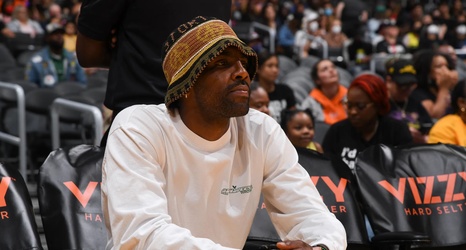 The Nets and Kyrie Irving seem to be at peace. After a contentious negotiations on a contract extension that ended with Irving opting in to the last year of his contract. Since then, the Nets, both Joe Tsai and the organization have offered praise for the superstar guard and extensively chronicled his visit to Kean University, accompanied by five teammates.

Meanwhile, a source close to Irving told Brian Lewis that Irving has “every intention” of returning to the Nets next season, whether it’s with Kevin Durant and not. Then, Thursday, Shetellia Riley Irving, Irving’s agent (and stepmom), went on the record saying that despite a report in the Post, Irving does not “hate” Sean Marks and Steve Nash.