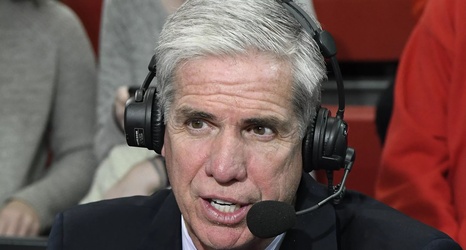 There’s been no official announcement, but Andrew Marchand of the Post reports that Jim Spanarkel, Ian Eagle’s long-time sideman, will be headed to the YES Network studio as the network adds a new feature to his coverage and makes more room for Sarah Kustok and Richard Jefferson.

Marchand reports that Spanarkel who’s been a Nets TV analyst for 30 years, “will shift from games to strictly studio,” joining Nets studio hosts for both pre-game and post-game work, the pre-game gig a new feature. Spanarkel’s game workload has dropped off in recent years as the Nets brought on first Kustok then last year RJ.