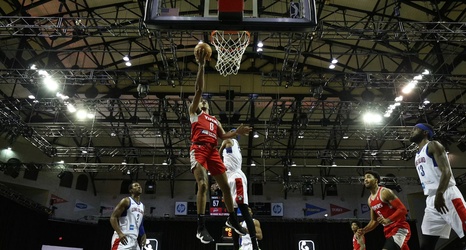 With Reggie Perry and Jeremiah Martin unavailable down the stretch, the Long Island Nets dropped their second game in a row, this time to the Rio Grande Valley Vipers, 105-90, Saturday at Walt Disney World.

Long Island is now 2-5, just short of halfway through the 15-game G League season. They’re now ranked 16th out of 18 teams in the G League “bubble,” and unless they turn things around and make the eight-team playoffs, they’ll be done by March 5.

After trailing by as many as 18 points early due to a flurry of triples from the Vipers - the Rockets’ G League affiliate - the Nets were able to cut into the lead with sound defense and solid shot making, getting it as close as three points near halftime.