Liberty to debut at Barclays Center on May 14 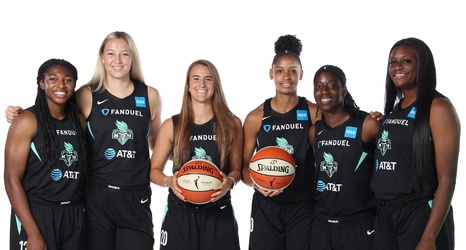 The New York Liberty will debut at Barclays Center in Brooklyn, New York, on Friday, May 14, kicking off the 2021 regular season schedule at 7 p.m. that night against the Indiana Fever.

After playing in three different arenas over the last decade — Madison Square Garden, the Prudential Center in Newark and most recently the Westchester County Center in White Plains as well as the Bradenton, Florida, “wubble” last season — the Liberty will celebrate the organization’s 25th anniversary by making Flatbush and Atlantic their permanent home.

Joe Tsai promised to move the Liberty to Brooklyn when he purchased the team from James Dolan and MSG in January of 2019, but the team was contractually committed to Westchester for 2019 and the pandemic forced the WNBA to move the season to IMG Academy in Bradenton last year.