Liberty survive another day, but will have to wait till Sunday to learn playoff fate 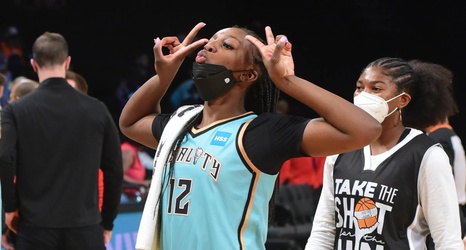 The Liberty were down to their last nerve Friday in every way imaginable. They had lost eight in a row and nine of their last 10 and were in danger of not making the WNBA playoffs. Nothing seemed to work, not lineup changes, not a trip to a Napa Valley resort. Time and again, they would collapse in the second half.

So on Friday night in Brooklyn, the New Yorkers faced the Washington Mystics who they HAD to beat to make the post-season. No if’s, and’s or but’s. Moreover, Tina Charles, a Liberty legend who New York traded away a year ago, has in the past noted that beating her former team gives her special pleasure.