LIBERTY MAKE BIG TRADE IN PREPARATION FOR MOVE TO BROOKLYN 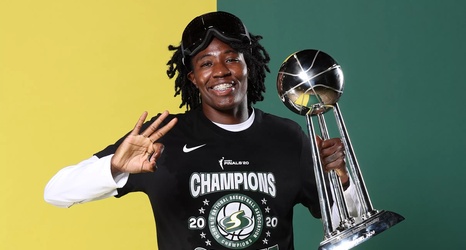 The Liberty announced today that the team has acquired three-time WNBA Champion Natasha Howard and two-time champion Sami Whitcomb from the Seattle Storm in separate trade transactions. The Liberty had to give up the overall No. 1 pick in the WNBA Draft to acquire Howard.

The WNBA’s Defensive Player of the Year in 2019 and its Most Improved Player the year before, Howard brings instant credibility to the Liberty who are moving to Barclays Center this season after last year in the WNBA “bubble” in Bradenton, Florida, and two previous seasons at the Westchester County Center in White Plains.