Liberty look to bounce back vs. Sparks ... But Hurricane Henri interfering 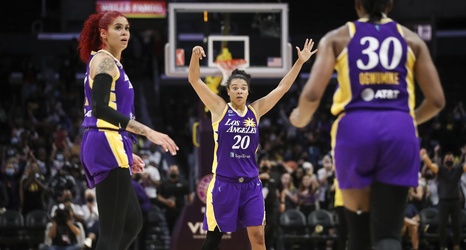 Storms are difficult to weather. The New York Liberty put up a good fight, but the defending WNBA Champions were too much to handle and the Seattle Storm had a dominant second half en route to a 16 point victory on Friday night at Barclays Center.

And after losing to one storm, out of Seattle, the Liberty will be battling another one, out of the Caribbean, on Sunday. Late Saturday night, the team announced that the game will be played without fans or media after Governor Andrew Cuomo declared a state of emergency.

The opponent today will be the Los Angeles Sparks.