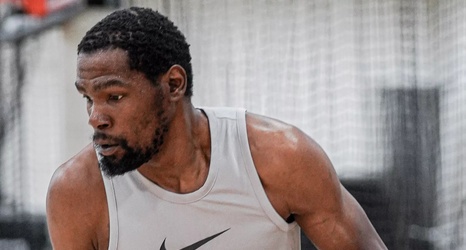 And lately, it’s become sort of HSS Training Center West, a location where seemingly everyone on the Nets roster from Kevin Durant and Kyrie Irving to Jaylen Hands and Devin Cannady have been working out, both individually and in 5-on-5 settings.

Just in the past few days, images or video of KD, Kyrie, Caris LeVert, Spencer Dinwiddie and Hands have shown up on Twitter or other social media.