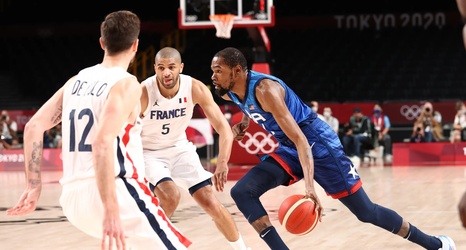 After going .500 in the exhibition round, Team USA suffered an upset Saturday night in Tokyo and now, anxiety is the mood of the day.

The Opening Game of the Americans’ defense of their 2016 gold was one that’s been on Team USA’s radar for a long time, a revenge game against the French national team, Les Bleus, the seventh-best team in the world according to FIBA rankings. Two years ago in the FIBA World Cup, Team USA suffered a major upset, losing to France in the quarterfinals. The loss resonated with the team up till Sunday.

“We’ve been preparing for France for two years.