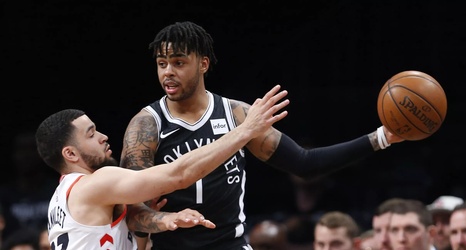 A win is a win. With Miami decimated by injury and illness, the Nets were able to squeeze one out at Barclays Center in the second half of a back-to-back. It was the first win for the “Big Three” and they showed what they can do in the clutch. Kevin Durant, Kyrie Irving and James Harden scored all of the Nets 32 points in the fourth quarter.

Brooklyn bounced back and snapped their two-game losing skid Saturday, defeating the shorthanded Heat, 128-124. With the win, Brooklyn improves to 10-8 on the season while Miami falls to 6-9. In addition, the Nets extend their home winning streak to four games and winning six of their last seven at Barclays Center.