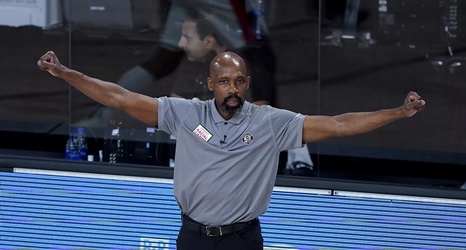 It started while the Nets were in the middle of their press conference introducing Steve Nash — where Nash praised his newly announced lead assistant Jacque Vaughn.

In a tweet, Adrian Wojnarowski mentioned Jacque Vaughn on a list of candidates for the Pacers head coaching job left open by the firing of Nate MacMillan.

Then our sister site, Indy Cornrows posted an analysis laying out all the benefits of hiring Vaughn noting among other things that the Nets assistant had been Victor Oladipo’s first coach with the Magic.