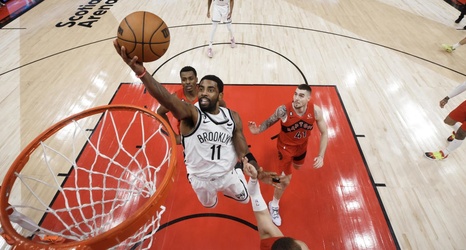 TORONTO — Kyrie Irving scored 19 of his 29 points in the third quarter, Nic Claxton had 14 points and 12 rebounds and the Brooklyn Nets beat the short-handed Toronto Raptors 112-98 on Wednesday night.

Toronto held Kevin Durant to 12 points but still lost to the Nets for the fifth time in seven meetings after winning 21 of the previous 25.

Royce O'Neale made a career-high five 3-pointers and scored 15 points, and Ben Simmons had 14 for the Nets, who bounced back after losing Tuesday at depleted Philadelphia, which was missing Joel Embiid and James Harden.