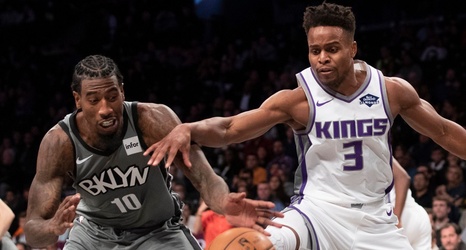 Both Kyrie Irving and Caris LeVert are injured while Wilson Chandler is suspended. But when they all eventually trickle back, Kenny Atkinson is going to have some shuffling to do and decisions to make.

“I look at it as more of an upside because the experience these [reserve] guys are getting right now are invaluable,” Atkinson said. “We will have other things that happen during the year.