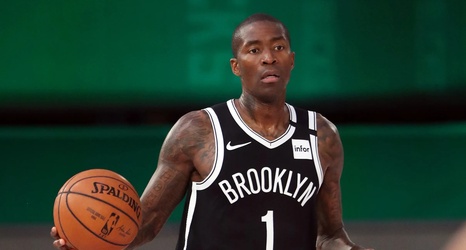 It’s been eight months since Jamal Crawford last stepped on the hardwood, where he played his 20th season as a member of the Nets against the Bucks in the Orlando “bubble.” Though his performance was cut short by an untimely hamstring injury, he’s been staying ready for whatever comes next. While he’s working with his kids on their games — and becoming a hoops entrepreneur, he’s not giving up on his NBA dream. The competitive fire is still not squelched.

“We actually have talked to a couple of teams, so we’re seeing where it goes,” said Crawford about a possible 10-day contract this season.