For Steve Nash, pressure is on but what kind of pressure? 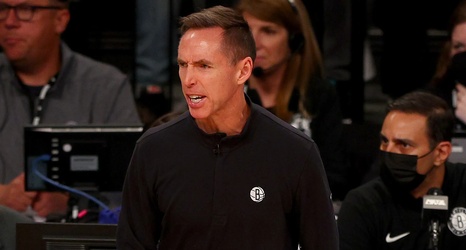 Steve Nash will start his third year with Brooklyn in training camp, but now the dream of a title team is, if not shattered, a bit cracked.

Will Kevin Durant and Kyrie Irving be back (and happy to be so) or will Nash be handed a rebuilt Brooklyn Nets with younger players and lesser goals? Those are two different missions for the Hall of Famer.

As Brian Lewis notes, he goes into Season 3 of a four-year deal with question marks.

Nash has seen his rotations and his endgame management questioned. In last season’s playoff sweep at the hands of the Celtics, his perceived lack of strategic adjustments came under fire.