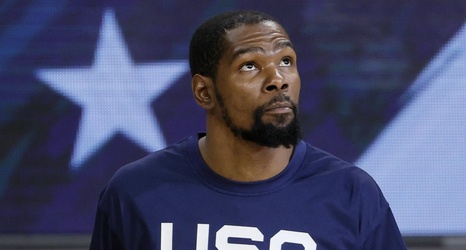 Not long after the Milwaukee Bucks were crowned NBA champions, Kevin Durant went on Twitter to congratulate Milwaukee on their first NBA championship in 50 years. It was the right thing to do.

Nothing but respect for the Milwaukee Bucks franchise, the city of Milwaukee and those loud ass fans. Incredible playoff run fellas!

No talk about a foot on the line or Kyrie Irving’s ankle sprain or James Harden’s hamstring. Later, during a press conference in Tokyo with Team USA, KD expanded on his thinking, a month after the Nets lost Game 7 to the Bucks in an overtime killer.