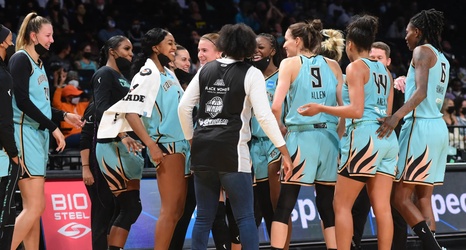 Coming into Sunday’s action, the New York Liberty needed everything to break right for them. On the outside looking in of the playoff picture, they needed losses from eighth seeded Washington and ninth place Los Angeles to make it back to the playoffs for the first time since 2017. They made it to this point after holding on to beat Washington in the season finale at Barclays Center on Friday night.

In the early afternoon, the Mystics were first. If they won, they would wrap up the eighth seed and make their fifth straight postseason appearance.