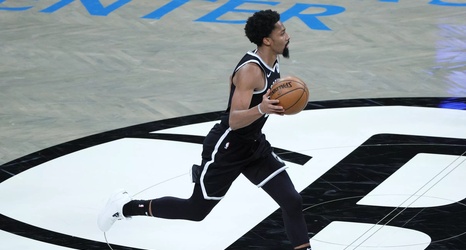 The NBA trade deadline is a month away —3:15 p.m. ET on March 25, to be exact— and so trade rumors have begun to fly. And in the last 24 hours, both Marc J. Spears and Bobby Marks of ESPN have discussed the possibility that Spencer Dinwiddie could be moved before the deadline.

“The Nets are shopping Spencer Dinwiddie,” Spears said on ESPN’s “The Jump” on Thursday. “Despite his injury, he could be a valuable piece for a team in the future.”

Also on Thursday, Marks echoed what Spears said about the possibility of a trade involving the Nets point guard, noting that while he’s injured —and probably out for the rest of the season — other teams could find him attractive.