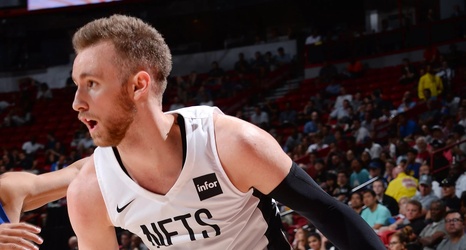 Once again, Dzanan Musa finds himself as the youngest player on the Nets. He’s three weeks younger than rookie Nicolas Claxton, two months younger than Jaylen Hands. A rookie with experience so to speak.

Musa admits freely that last season, his first, was frustrating to him. He had injuries to his ankle in September and to his shoulder in December which slowed his development. He also carried only 195 pounds on his 6’9” frame and needed to bulk up. And so, the seventh youngest player in the NBA last year was sent to Long Island for development.