Did Nets get a ‘sleeper’ in Reggie Perry? Sean Marks thinks so ... and he’s not alone 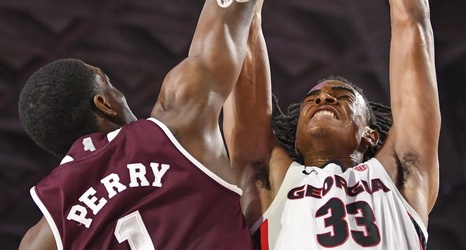 The Nets did well in the 2019 NBA Draft, taking an SEC big man in the second round. Georgia’s Nicolas Claxton has only played 187 minutes in the NBA but before he hurt his shoulder, he showed as a 4 or a 5 not that far down the road. As the season wore on, a lot of pundits —and his teammates— thought the near 7-footer was a solid pick for No. 31.

Eighteen months later, in the 2020 Draft, the Nets went back to the SEC and grabbed another big. This time, they waited till No.