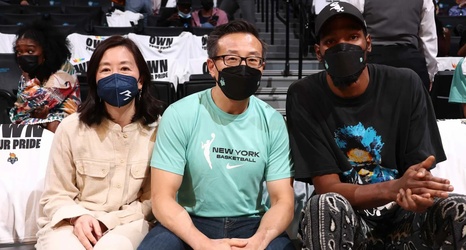 Despite a Barclays Center fan contingent that included a two-time NBA champ, a Super Bowl champ, a Grammy Award winner and a billionaire couple (who also own the home team), the Liberty fell to the Chicago Sky for the second time in three days, 91-68.

The Liberty just seem to struggle in two game mini-series. They suffered two blowout losses in Vegas to the Aces last week, and have now suffered the same fate to the Chicago Sky this week. After losing to the Sky by 20 points on Tuesday, New York got blown out again on Thursday, this time by 23 points.