David Duke Jr. most improved among Nets rookies but will he get standard deal? 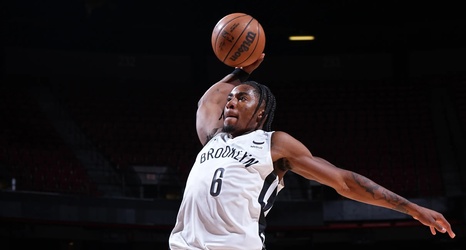 For David Duke Jr., the Summer League was not just a proving ground. It was an audition for a full-time job in the NBA. A two-way player last season, the 6’5” 22-year-old wants a standard deal which would end his Long Island commute ... and more than double his salary.

For the most part, Duke did well. He averaged 19 points, five rebounds, four assists and a steal and a half per game. And in Game 5, he not only came up with 24 points, he dunked over 6’10” Mifundu Kabengele in the first half, then met him at the rim in the second, both spectacular.