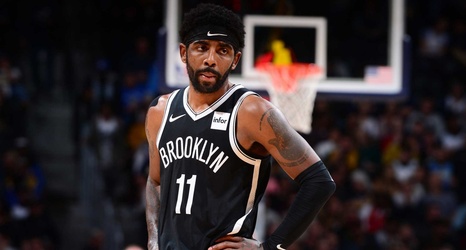 BOSTON — The Celtic faithful had worked themselves into a lather over a chance to boo Kyrie Irving before his shoulder injury canceled what would’ve been Wednesday’s highly anticipated return to Boston.

But there’s at least one person in New England not blaming Irving for the Celtics’ disappointing finish last season: Danny Ainge.

Instead, the architect of the team put that squarely on his own shoulders.

“He really wanted to go home. And that’s his choice. I don’t know why he gets all the blame. I’m the one who should be blamed for last year,” Ainge told ESPN’s Rachel Nichols.