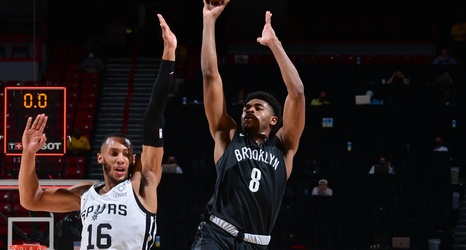 Summer League is a wrap.

Despite dropping their consolation game to the Raptors, 86-72, and ending with an overall record of 3-2, Brooklyn left Las Vegas feeling good and why not?

Cam Thomas, the Nets’ 27th pick in the 2021 Draft, had a historic run with Brooklyn. Thomas proved he was one of the best scorers in his draft class and an early favorite as the steal of the draft.

Thomas, who sat out during Brooklyn’s consolation game loss against Toronto Tuesday, averaged 27.0 points across four games to become the top scorer in the Summer League.