Brooklyn Nets: Get Bradley Beal at all Costs 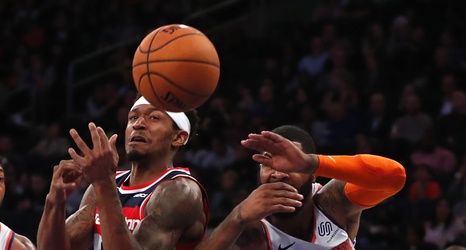 Jimmy Butler and Nene got into a heated altercation during a 2014 playoff series between the Wizards and Bulls, leaving Washington players hilariously worried for the Bulls star.

The media could not be loaded, either because the server or network failed or because the format is not supported.

Flashback seven years ago, the newly located Brooklyn Nets are stuck as a second-tier team. Led by Deron Williams and Brook Lopez, the options are clear: make a push for a championship that mortgages the future or tear down the roster and rebuild with a stockpile of assets.