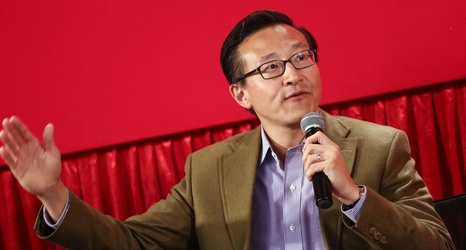 It’s always difficult to estimate the true net worth of billionaires, particularly those with far-flung investments headquartered overseas like Joe Tsai and before him, Mikhail Prokhorov. In Prokhorov’s case, NBA auditors reportedly found his fortune was well beyond what analysts at Forbes and Bloomberg had suggested in their estimates. The same is likely true with Tsai. There’s a 25% disparity between the two wealth trackers’ numbers in the estimates of Tsai’s wealth

And it appears that Tsai is moving into a new phase of investment, per a Bloomberg report Tuesday by Benjamin Stupples. Stupples suggests that Tsai’s “family office” — his personal investment vehicle, Blue Pool Capital — is moving out of U.