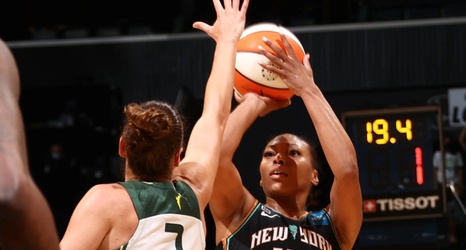 Betnijah Laney won the WNBA’s Most Improved Player last season. She has to be a candidate this season as well. With Natasha Howard out most of the season with a strained MCL and Sabrina Ionescu admittedly still recovering from last year’s ankle sprain, Laney has led the Liberty all season long.

And she did it again on Wednesday vs. the Seattle Storm. With 17.6 seconds left and the score tied, Laney launched a jumper from 17 feet away, banking it home. Sami Whitcomb, who won two WNBA championships with the Storm, added two free throws and the Liberty won, preserving their playoff hopes and ending a three-game losing streak.