A Spencer Dinwiddie return: That’s his plan but is it the Nets? 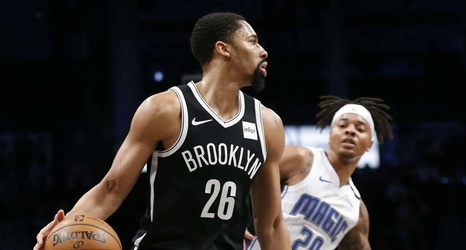 In the latest reporting on a possible Spencer Dinwiddie return, Kristian Winfield writes Saturday that the Nets guard, out since December with a torn ACL in his right knee, wants to return for the NBA Finals ... assuming the Nets get that far.

If the Nets reach the NBA Finals, Spencer Dinwiddie is determined to play a role.

After more than six months on the sidelines due to an ACL injury, Dinwiddie is eyeing a return to play if the Nets make it to the Finals, the Daily News has learned. A source close to the Nets’ combo guard also says after spending most of the regular season rehabbing in Los Angeles, Dinwiddie is planning to return to the team “sooner than later.